Today is a travel day. We could drive straight from Santa Fe to Phoenix in about 7 or 8 hours, but we have decided to split the drive in two pieces. Hence, here we sit in Holbrook, Arizona, right on Route 66. We will take a drive around town before supper to see what’s here.

Since we didn’t do the tourist thing today, the post is an oleo of observations.

We drive the famed Route 66 out of Albuquerque. As kids, both Murray and I remember the song and the aura around Route 66. Unfortunately, the route is now Interstate 40, four lanes and 75 mph speed limit and more semi truck traffic than highway 2 between Edmonton and Calgary. We delight in seeing the Phillips 66 gas stations that were prevalent at home when we were young. 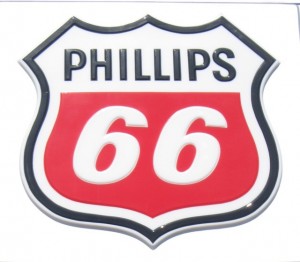 As we travel north from Phoenix to the Grand Canyon, east to Cortez, south to Taos and now west back to Phoenix, we have noticed the lack of water. No ponds, creeks, dugouts, lakes or rivers. We do see some water sources in Colorado, of course in the bottom of the Grand Canyon and the Rio Grande in Taos, but the number of occurrences are sparse. This is something we are not used to, as when we travel in Alberta we see many ponds and creeks and rivers and lakes.

We drive west towards Albuquerque in dark green forest and as soon as we go from one side of the city to the other, we are in desert scrub – low green bushes and light brown undergrowth. Poof! How does that happen?

Today is the first day we drive a major highway. Up until now, we have taken secondary highways and scenic drives. The scenic drives have less traffic, a slower speed limit and gorgeous scenery. These roads are great for exploring the countryside and getting a much better idea of what the area has to offer.

We are finally getting the “accommodation things” down. Pull into a town, check out 3 or 4 motels and pick one based on…..usually gut feel. In Holbrook, we stopped at the Howard Johnsons, Days Inn, Super 8 and Travelodge. The prices are all within a few bucks of one another, except for the Super 8 which was more expensive – toss it out. I pick the Travelodge because the front desk clerk was very friendly, I liked the breakfast room better and they serve a ‘hot’ breakfast. Or, mostly gut feel. 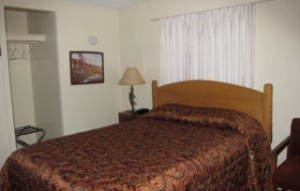 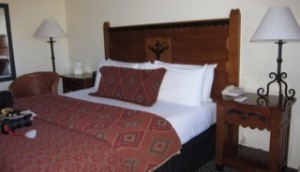 We drive through Holbrook on the way to supper. The road through town is the Historic Route 66 it’s lined with old motel after old motel. There is even the Wigwam Motel where the individual rooms are tepees! During the high days of Route 66 this place would have been hopping. Today it looks just sad. We eat supper at Joe and Aggies Cafe, right on the route. Tacos for me and a combo plate of a taco and enchilada for Murray. Murray has discovered fry bread down here, it is a Navajo bread that is salty and fried. 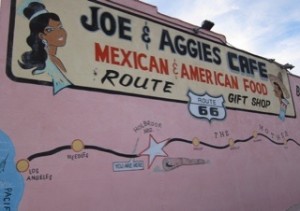 Tomorrow we say goodbye to Route 66 and will drive into Phoenix along another scenic road through the Tonto National Forest.