Overall this was a very positive trip to Australia. We got to see our AWL (away with leave) kids. Even though we have been to Aus before, it is big, we got to scratch the surface of a completely different area.

The car and road are things that stuck out. First, driving on the ‘wrong’ side is a learning experience, every time. The passenger becomes a very valuable ally. Giving directions and keeping the driver from heading into oncoming traffic or guard rails. The roads are in pretty good shape and even though they spend a portion of their lives under water, (flooding is common) they do not get the freeze/thaw cycles we get and the asphalt is mostly intact. They do however allot less space than we do to the auto. The lanes are narrower, not by much but noticeable. And the parking spaces are smaller, again noticeable. The speed limits are faster for the quality of road. Five or ten kph, again not much. This I think is because cars, if not now, were in the past smaller than the boats we drive in NA, but the size of the autos in Australia is creeping up and it is difficult to change such standards as lane width once they have been established. 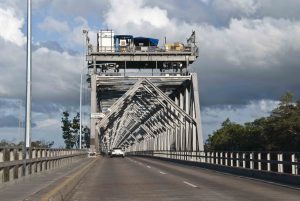 I think the restaurants are slightly cheaper than in Canada. We had a budget in accordance with the prices we pay here for a meal out and did not come close to spending what we thought. We did not eat at many ‘high’ class places and did eat at a few fast food establishments, most of the time we ate at smaller eateries and came home with money in our pockets.

After spending a couple of weeks with our photos, sorting and making them pretty I reconsidered my blog comment on the quality of the diving at the Great Barrier Reef. I said the diving was only good. I think I should up grade that a notch to very good, or maybe very, very. I may have missed a lot and Debbie was shooting pics of all the unusual fish, fishes those of us who don’t dive the Pacific don’t see, but we have a whack of images of different undersea life. When we were there the diving was fairly easy, good for novices and advanced divers alike and with the diversity of wildlife, the Great Barrier Reef is a good spot to head too.

The traveling is easy for North Americans and English speakers in general. Of course English is the language spoken so any problems that may arise are easily solved by just asking the next person on the street you meet. For those of us from NA the infrastructure is very similar. From the kinds of accommodation available, the restaurants and food to be found, to the types of stores and what can be found to purchase. All at least resemble what is at home.

Ah, the people. They are so friendly. Everywhere. I think folks in Edmonton are generally that way, in fact in all of North America they are generally friendly but in Australia their kindness is noticeable. Every restaurant waiter, every store clerk and even random people on the street asked us where we were from, could they help us with anything and were we having a good time. Australians have a reputation as ‘travelers’ and it shows in almost everyone’s conversation. They asked about our homeland and expressed an interest in visiting. 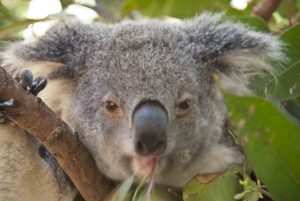 I have said it before but it is the people that make the place and the Aussies are a people worth confronting. We will go back, our kids are there, but while there we will head off in another direction and see what else the country has to offer.